masterpieces of the Franco-Flemish Renaissance
New York Polyphony’s first disc for acclaimed record label BIS Records explores rare and never-before-recorded masterpieces of the Franco-Flemish Renaissance by composers Crecquillon, Brumel and Clemens non Papa. The program concludes with Jackson Hill’s brilliant paraphrase of Machaut’s 14th century rondeau, ‘My end is my beginning,’ commissioned by the ensemble in 2009.

endBeginning was named one of the Top Ten Notable Classical CDs of 2012 by The New Yorker and received a 10-out-of-10 rating by Classics Today. 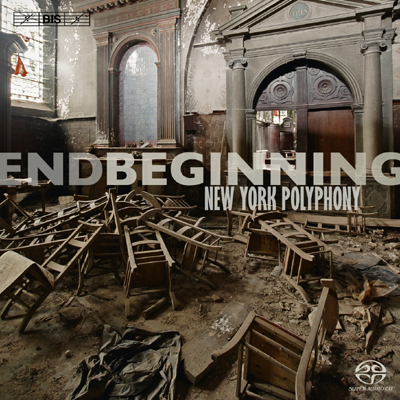