From the pointillistic explorations of David Minnick to the halo of Eileen Carpio’s vocal harmonies, the remixes chart new creative ground. And when paired with the original chants—recorded exclusively for this collection by New York Polyphony—they combine to create a fascinating juxtaposition of ancient and modern music.

In June 2011, New York Polyphony joined forces with Indaba Music to host  the first-ever online Gregorian chant remix competition. The contest made available three of the genre’s “greatest hits” (Victimae paschali laudes, Gaudeamus in omnes Domino, and Beati mundo corde) which we recorded expressly for the competition. Each chant was featured in a stand-alone contest, allowing entrants to remix their favorite. With the help of Indaba’s simple interface, powerful web-based software and a user community of over half a million musicians, we had high hopes that competition would yield groundbreaking and genre-bending results.

Our high hopes were exceeded. The competition was an enormous success. We received hundreds of remixes in a dizzying array of styles from musicians all over the world! At the end of a sloppy but thorough evaluation process (we argued a lot) a handful of winners were selected.

Now, the winning remixes, alongside the original chant recordings, are available on Devices & Desires, an 11-track digital-only release.  Reissued, remastered and EXPANDED for 2013, this one goes to eleven!

Because the winning remixes were so creative, we wanted to give their creators an opportunity to explain how they went about their work. Here are their stories:

“I used no sound sources other than New York Polyphony’s vocals to make this. I kept the chant melody in tact and went crazy with editing, filters and effects. I used very short segments of the vocals to make drums, bass and other sounds. This was more fun than anyone should be allowed to have!”

“I was about 18 when I started taking a music theory class on college, it was very basic and the main goal was learning how to read the Victimae Paschali Laudes cantus that was available for the class, I became obsessed with it and later the opportunity to remix the track came to me, I couldn’t let pass that opportunity!

I started in my studio from scratch, the hardest part was syncing the vocal stems to the melody in the cantus I previously studied, when I started I had many ideas and directions, i definitely wanted to include some strings to it, atmosphere, an epic, movie soundtrack style theme, as well as some rock influence and even some synth work, I ended up using all these ideas and merging them into a long track, full of different guitar layers, piano and string sections, a deep long buildup and a hard hitting climax with drums and rectified leads! Synths were from Omnisphere and my iPad.

In the end everything seemed to get along very well and its a track I’m really satisfied with.”

“The whole process was very instinctive and I did it one afternoon. I had wanted to try Paul’s Extreme Sound Stretch, an open source software. I used this to time stretch the original full recording. I chose a segment which most appealed to me sonically and laid it alongside the original track. Then I simply improvised 4 tracks of harmonies, not allowing myself time to think too much about it. When I entered the competition I thought that my piece would at best just go unnoticed. I’m delighted with the comments and feedback and the amazing community on Indaba.”

“I work with Igor Houwat (oud) in a group calledWisaal that combines Arabic music with other influences including western art music, klezmer music and a bit of Indian and South American sounds. When I heard about the Devices and Desires contest I had an idea for a remix influenced by some of the Aisian Underground music I have listened to. I mentioned the idea to Igor and one week after a Wisaal rehearsal I explained to him what I was looking for and he laid down the ‘oud part.

In western music the lute is regularly associated with early music and the fluid rhythmic style of Arabic improvisation easily complimented the fluid rhythm of the chant. I’m really happy with how all the pieces of this came together to be something that hopefully feels ancient, yet exotic and meditative.”

“When I work on projects like this I usually start with listening through the vocal track a couple of times, then I import it into Ableton Live to “time it up”, I use Warp markers to stretch the audio stems i choose to use so it will fit the timing in the project and with beats.

The NYP tracks was a little tricky, chopping with warp markers usually makes artifacts to the audio. Especially if you increase the BPM to much. The reverb tail on the vocals is very delicate and may easily have been destroyed. I chose to start in 96 BMP and then after about 50 seconds silently increase the BPM to 120 to get it inn the beat.

I ended up with supporting the voices with two basic layers of synth pads, and made it as smooth as possible and to have a movement in the sound. To prepare and reveal the beat I used a soft deep bass sound for then fade inn the beat. I filled inn some extra vocal samples, some recorded and some choir sound from the soft synth Omnisphere. For the synth solo part I found a lead sound that I liked and made an intro – solo and ending, I find it most easy to play the solo parts when the chords are there and the beat is going. When I find the basic moods, sounds and the chords, I try to stick to it and make additional elements support and fit to the basic sounds.”

“I wish I had a snappy story about arranging the music, but it’s pretty straight forward. Since the chant is in free rhythm and since harmony is usually my first thought in music composition, I harmonized the chant in fairly modern homophonic style first. Then I arranged the map of the arrangement as solo lines with drone, solo followed by the harmonization that could have happened simultaneously but didn’t, and lastly the chant paired with it’s harmonization. Deciding those arrangement details took most of the time I spent on the arrangement.”

“While working on re-interpretation project for Beati Mundo Corde, the main concern was to preserve the ambiance and traditional property that New York Polyphony’s vocal track holds, but at the same time introduce more contemporary texture and rhythm to the piece.

Glitchy rhythm and sound always have been main interest of me, and the idea was which less restrained and noisy percussive aesthetic will go along well with irregular rhythm of Gregorian chant. It is interesting to hear the early Western religious plainsong accompanied with deliberately altered glitch sounds.”

And, lastly, we couldn’t have pulled off this project without help. Here are the people behind the scenes:

Special thanks to the Indaba Music staff and our friend Craig Zeichner for taking a chance with this out-there project! 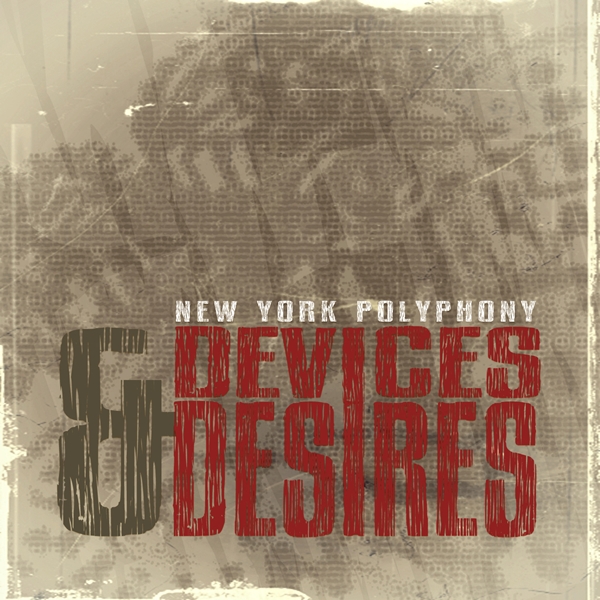